Will Mobile VoIP put Voice Calling out of Business?

As the telecommunications world goes mobile, the meteoric rise of online-based VoIP (voice over Internet protocol) calling services now appears to be on the same dominant trajectory in the mobile industry. Mobile VoIP, or mVoIP, uses the Internet to bypass voice networks provided by mobile carriers the same way VoIP used the Internet to bypass voice networks provided by the traditional public switched telephone network, or PSTN. As this technology gains ground year after year, industry experts are debating whether mVoIP will destroy mobile voice calling altogether.

The Draw of Mobile VoIP

VoIP became so popular so quickly because it used the Internet to let callers bypass the PSTN when calling from a from a fixed line. This dramatically reduced costs, eliminated the need for expensive hardware (and the maintenance that hardware required) and provided remarkable customizability for individuals and businesses. Landlines — reliable as they were — were no longer needed, and arbitrary and expensive long-distance charges were a thing of the past. mVoIP allows users to do the exact same thing, only with their mobile calling plans. With mVoIP, calls are placed and received over the Internet, allowing the user to bypass the calling system altogether. This prevents them from having to spend minutes, as all calls are made over either WiFi or a 3G or 4G data connection.

Like fixed-line PSTN providers before them (even after the breakup of the "Ma Bell" monopoly in 1984), mobile providers are plagued with a reputation for exorbitant costs, minimal competition, long-term contracts, difficult customer service, confusing bills and hidden charges. Even after the emergence of providers such as Virgin Mobile and US Cellular — which offer no-contract plans — the overwhelming majority of subscribers fall under the umbrella of the AT&T, Sprint, Verizon and T-Mobile oligopoly. Mobile VoIP offers not just lower costs through alternative Internet service (as VoIP did with landlines a generation ago), but it offers the concept of freedom from the whims of the "big four" network providers.

In this climate of cellular dissatisfaction, mVoIP appears poised to take a monumental chunk of the ever-growing mobile pie. A recent report projects that by 2015, the voice networks will endure a further $5 billion loss of revenue, with mVoIP gobbling up a large piece. One reason is that — with the emergence of easily accessible WiFi, LTE, 3G and 4G networks — the main arguments of unreliability and poor voice quality are largely no longer applicable. This was also the case with traditional VoIP, which saw dramatic quality improvement as bandwith speeds got better. When mVoIP services — such as Skype — are free, most individuals, if not businesses, are willing to take a minor hit on call quality. The report states that mVoIP minutes are set to double each year, reaching more than 470 billion by 2015.

As one expert points out, change generally moves slowly through the masses. Even if the emerging technology looks good on paper, people who are used to picking up a phone, dialing and keeping track of their minutes may be reluctant to embrace a new method that they don't fully understand. Another drawback is that businesses may be hesitant to send large amounts of voice data over Internet connections that could be breached through mobile data networks whose security is questionable. Finally, large portions of emerging markets in developing countries are forbidden to use — or simply don't have access to — mVoIP services. 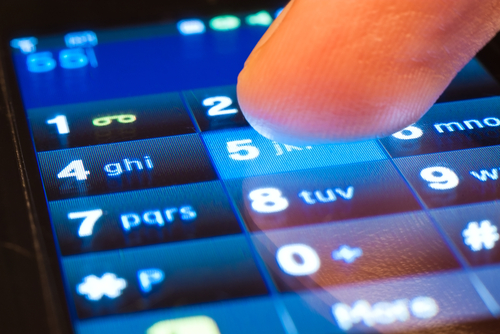 Despite some formidable roadblocks — not the least of which is a natural resistance to unfamiliar technologies — mVoIP seems poised to do what its predecessor, VoIP, did before: Take a large chunk out of traditional voice calling. As fast, secure data networks grow, the main arguments against mVoIP disappear. Although no credible expert has said publicly that he or she expects voice calling to disappear altogether anytime soon, the climate is ripe for mVoIP to extend its already impressive run.


Get Your Own Phone Number In